If you want to achieve a negotiated end to violent conflict, all the parties have to first agree to talk. Seen in that light, rescinding the invitation to Iran to attend the Geneva II conference on Syria is very bad news.

In yesterday’s post, I expressed cautious and highly qualified optimism about what Geneva II could achieve – not peace but possibly some degree of humanitarian access in Syria and perhaps the beginnings of some serious diplomatic work – primarily because Iran was to attend.

Pressure from the US, other western governments and the Syrian National Coalition led to the UN withdrawing the invitation. According to The New York Times, the Syrian opposition set the terms by saying they would refuse to attend if Iran were there and US pressure on UN Secretary General Ban Ki-moon to issue a disinvitation ensued.

The feelings of the Syrian opposition leaders are easy to understand. But the lack of pragmatism by others is less easy to understand. At the G-8 summit in Northern Ireland in June, the communique included the following: “We strongly support the proposal for a conference to reach a political solution to the appalling conflict in Syria through full implementation of the 2012 Geneva Communiqué.”

A political solution means a negotiated solution. That means talks involving all parties. That often means talking with people, organisations and governments that one party or another loathes and fears. Because excluding a party with the capacity to influence events significantly is counter-productive.

The Syrian opposition appears to have prioritised taking a position ahead of achieving an outcome. And the US, the UK and other western governments seem to have gone along with that. Ban Ki-moon did the right thing by inviting Iran, though initial accounts do suggest he may have done it in the wrong way because of a lack of serious preparation with other key players. Pushing back so hard has not only done his position and the UN’s standing no favours, it also harms the people of Syria.

I started yesterday’s post  by saying that the chances of Geneva II achieving peace were “virtually zero.” Even for an optimist like me, yesterday’s about-turn by the UN eliminates that “virtually”.

The grounds for optimism I found about humanitarian access are also weakened and the diplomatic road has got longer and rougher. There are fewer constraints upon the behaviour of all sides and time and energy will need to be spent undoing the damage.

Scrabbling around to look for any shred of comfort, at least the Russian foreign minister, Sergei Lavrov, has said that withdrawing the invitation to Iran was not catastrophe, only a mistake. 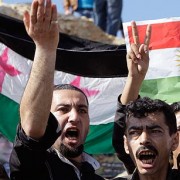 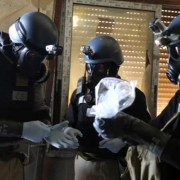 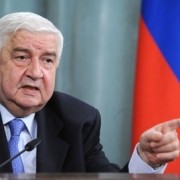 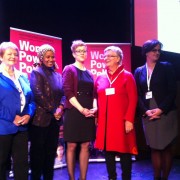 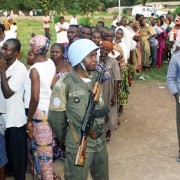