Last Friday, following a week of escalating speculations, Jens Stoltenberg was finally announced as the new Secretary General of NATO. President Obama and several European heads of state, including Angela Merkel, François Hollande and David Cameron have repeatedly expressed their support of Stoltenberg as successor when Anders Fogh Rasmussen steps down as Secretary General in October. Stoltenberg will enter the organization at a point in time defined by growing political instability in the region surrounding NATO’s member countries, and Stoltenberg is presented as just the kind of NATO-leader the world needs.

The critical situation in Ukraine and continued Russian provocations is not seen as disadvantageous for Stoltenberg. In fact, several political analysts express great expectations that a Norwegian NATO-leader might ease the tension between Putin and the Euro-American alliance. Stoltenberg’s assumed personal abilities as a conciliatory rather than confrontational politician are seen as a strength in the global political climate dominated by hawks in every corner of the world. At the same time, some critics consider him a “too weak” politician unfit to lead the alliance forward at this time of emerging crisis in Crimea, the Balkans and in Syria.

But beyond these disagreeing perspectives of Stoltenberg’s capabilities, one particular dimension of his political advancement is by and large omitted by political analysts in Norway and elsewhere. As Jens Stoltenberg makes his departure from Norwegian politics, we are left to wonder how his newfound status might impact the national foreign policy discourse and military engagement particularly. What will this career leap possibly entail for the future relations between Norway and the international community? Will a Norwegian NATO leader have any implications for Norwegian civil society? We might gain some insights and foresights by taking notes from the developments in Danish military policy discourse, during Anders Fogh Rasmussen’s time as Secretary General of NATO. Without claiming any necessary correlation or deterministic presumptions, the overall trends in Danish foreign involvement might stand as example of what the Norwegian citizenry can come to face by having a defining and trusted national politician at the top of the decision-making chain in NATO.

Militarization of Danish Foreign Policy
In an article from 2008, professor of History at Aarhus University, Thorsten Borring Olesen discuss the transformations of Danish foreign policies after the end of the Cold war and during Anders Fogh Rasmussen’s time as Prime Minister (2001-2009). According to Olesen’s analysis, the general trend has been a gradual transition from passive and reluctant participation in several international alliances towards a more active and offensive role in global security and military issues.

This ideological turn began before Fogh Rasmussen became Prime Minister and was further developed by his cabinet. In the aftermath 9/11, Denmark repositioned themselves as active participants in international military intervention, and their contributions exceeds those of the neighboring Nordic countries. Borring Olesen writes that Danish foreign policies became closely entwined with American security policies and interests during Anders Fogh Rasmussen’s time as Prime Minister, and argues that it was explicitly demonstrated by his ideological support of “the war against terror”, and the Danish contribution during the war in Iraq.

Denmark supported the NATO-led interventions in Iraq and Afghanistan not only ideologically and financially, but also by sending large numbers of active combatants. At its peak, DANCON (the Danish contingent in Iraq) counted 545 soldiers in rotation. And between January 2002 and 1 July 2013, 9500 Danes were stationed in Afghanistan as part of NATO’s International Security and Assistance Force (ISAF). A survey conducted in 2009 established that Denmark by far had the highest count of casualties relative to population. Although the number of soldiers dispatched to Afghanistan does not differ too much, the military incorporation of Danish and Norwegian forces reveal that Denmark were more willing to participate in high risk combat compared to Norway.

Borring Olesen writes that the increased military activity of Denmark during the Iraq and Afghanistan war can be seen as more than a strategic choice aimed at gaining more leverage in international decision making process. The militarization is a direct reflection of Anders Fogh Rasmussen’s shared ideological platform with American leaders, and the so-called ideological background of the military intervention – “to spread Western ideals of democracy”. This is clearly a point at which the Danish and Norwegian policies differ, and it is a valid point to infer in a comparison of Fogh Rasmussen and Stoltenberg as policy makers.

As politicians and government leaders, Stoltenberg and Rasmussen represent two opposing ends of the traditional Scandinavian political continuum. Up until he became Secretary General, Rasmussen led the Danish Liberal Party, and during his first period as Prime Minister he headed a center right-wing coalition with the Conservative People’s Party, with the support of the right-wing populist Danish Peoples Party. Stoltenberg, on the other hand, has been the leader of the Norwegian Labour Party since 2002. Just as Rasmussen, Stoltenberg was elected Prime Minister twice, and in his second time in office, the Labour Party joined a coalition government, the Red-Green coalition, alongside the Socialist Party and Centre Party. However, the combination of a more centre-oriented Stoltenberg and the right-wing coalition government under Erna Solberg, should we perhaps prepare for a changed military policy? Is it too unlikely to expect Norway’s primarily financial support of NATO to be considered insufficient by other member countries who participates in the frontlines at great risk?

Militarization of Danish Civil Society
Borring Olesen concludes the increased financial commitment towards NATO and the more active role Danish troops played during Rasmussen’s government in the NATO-led military operations in Iraq and Afghanistan, led to a militarization of Danish policies. This analytical point has been an important site of study for another Danish scholar, Birgitte Refslund Sørensen, who is associate professor of Anthropology at Copenhagen University. Sørensen has conducted qualitative studies of Danish veterans and the implications of increased military involvement in Danish society, and analyzed the consequences of the militarization on an existential and social level.

Last year, Sørensen contributed to an anthropological anthology of Danish kinship and family. Based on interviews and participant observation among war veterans and their families, Sørensen analyze and describe of veterans, their friends and families attain before, during and after a soldier has participated in international military operations. Sørensen suggest that the family itself becomes militarized in this new age of Danish foreign policies and involvement. Rather than a novelty, thousands of families are impacted by the offensive national policies and the increased commitment towards NATO. Relations within the family becomes contested and reconstructed, and likewise, the family as such becomes reintegrated within local communities when a family member goes off to war. Due to the increased number of active participants of soldiers in combat, the impact of the military policies has a huge potential to transform the contemporary Danish family. It is not only the veteran him or herself that gains the status of veteran – the whole family is impacted by the military involvement of a child, sibling or parent, as they negotiate the dual victimization or “villainization” of the veteran and their extended relatives.

In addition to this study of the militarized family, Sørensen has led a larger research project that grapples the emerging issues surrounding Denmark’s new national identity as a militarized community. In an interview with arbejderen.dk, Sørensen describes how the self-perception of Denmark and Danes as liberal and peaceful Scandinavians collides with the images of Danes in warfare, depicted most notably in the critically acclaimed documentary Armadillo. Furthermore, the militarization is becoming increasingly visible in the Danish social landscape, for instance during the annual national Veteran Day which was established in 2009. On this day, thousands of war veterans participate in military parades and various events that commemorate and celebrates Danish military activity and the sacrifice Danish soldiers make every day.

Sørensen contends that the increased visibility of Danish military engagement, in the media, in the streets and in the family has led to a normalization of war. Sørensen’s analytical contributions are dual. On one hand, her accounts can be seen as “warning points” of how increased military action comes to affect the lives and identities of individual citizens. At the same time, Sørensen has contributed to a gradual awareness of the need to provide some kind of social recognition of a growing segment of the population that has achieved the status as war veterans. In any case, her studies support the notion of militarization, and she points out a dimension to this political development that seems to be beyond the scope of interest of national and international policy makers.

Militarization of Norwegian Foreign Policy?
Of course, there is no necessary correlation between having a Danish or Norwegian-born NATO-leader and the supposed militarization of policies and subsequently the civil society, but the developments described by Olesen Borring and Sørensen raises some questions on behalf of the future Norwegian policies. One of the most defining figures in Norwegian national policies has just been elected into the highest level of the most powerful military alliance in the world, and it seems more than reasonable to worry how this will impact Norway in the future to come.

At the moment, Norway meets the financial demands NATO requires, however Norway does not participate in the vanguards like Danish or other national troops. Will this change once a Norwegian politician enter the role of Secretary General? We might face similar developments as those documented in Denmark; we might expect demands of participating in high risk combat and increased numbers of casualties. “The peaceful nation” Norway might endure an even greater identity crisis should our obligations to NATO change. If anything, Stoltenberg’s political career leap is an ideal occasion to bring back issues of foreign policy to the forefront of national political debate. If we want to maintain Norway as a “peaceful nation”, we need a greater awareness of our commitment to NATO and awareness of what Stoltenberg’s new status might entail for this commitment. 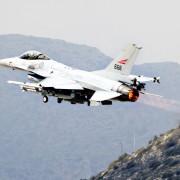 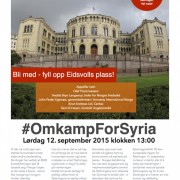 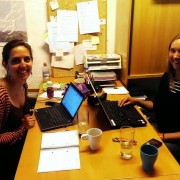 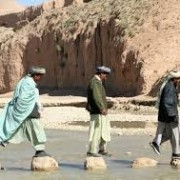