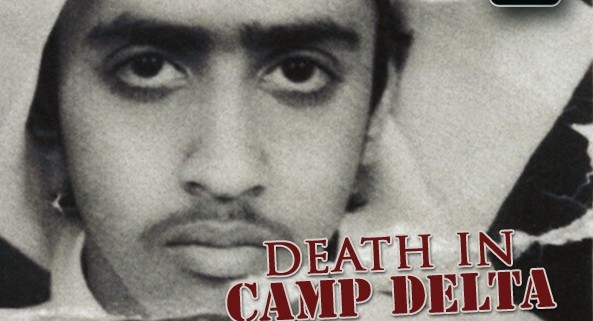 Fritt Ord and Borgen Production AS invite the public to the premiere of the documentary film and a seminar at Saga Cinema, Oslo, on 5 and 6 October 2011: Death in Camp Delta– a film by Erling Borgen. The film will premier in Theatre 1 at 6 p.m. on Wednesday, 5 October, and the seminar will be in Theatre 2 from 10 a.m. to 12.30 p.m. on Thursday, 6 October.

The seminar participants will include the released Guantanamo detainees Moazzam Begg (England, head of the Guantanamo Prisoners’ Association), Omar Deghayes (Libya), Walid Hajj (Sudan) and Sami al-Hajj (Sudan), as well as Talal al-Zahrani (Saudi Arabia), father of prisoner Yasser al-Zahrani who died at Guantanamo in 2006. Professor Mark Denbeaux, director of the Center for Policy and Research, Seton Hall University School of Law, USA, other lawyers who have worked to ensure the Guantanamo prisoners’ legal rights and Michael Ratner, president of the Center for Constitutional Rights, USA, will also be taking part. The panel will also include Norwegian participants. Terje Svabø will be moderator.

To register for the film premier and/or the seminar: campdelta@fritt-ord.no

Ten years ago, on 7 October 2001, the US attacked Afghanistan. Of those arrested during the first months of the war, 778 were sent to the US military base Guantanamo on Cuba. There were held prisoner there for several years. Many of them were subjected to severe torture. Human rights groups the world over have condemned Guantanamo. Six hundred prisoners have been released, but 150 prisoners are still incarcerated at Camp Delta (the prison camp at Guantanamo). President Barack Obama promised to close the base in 2010.

What was the background for Guantanamo? What lessons can be learned? Who is responsible for what has happened at Camp Delta? Do European countries share in the responsibility?