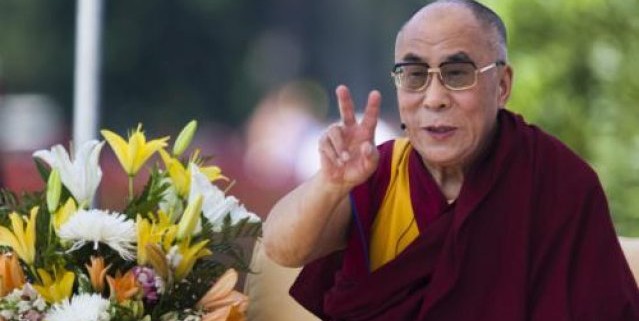 PRESS RELEASE FROM THE NORWEGIAN PEACE COUNCIL: WELCOME CELEBRATION FOR H.H. DALAI LAMA IN OSLO 7 MAY 2014

H.H. Dalai Lama is visiting Norway from 7-10 May 2014 as part of a private visit in relation to the 25-year anniversary of his Nobel Peace Prize. Due to high diplomatic pressure from China, the Norwegian government and the Parliamentary President has decided not to meet with H.H. Dalai Lama, as this is perceived to jeopardize the bilateral relationship between the China and Norway. Following the awarding of the Nobel Peace prize to the Chinese human rights activist Liu Xiaobo in 2010, the Sino-Norwegian relationship has been at a standstill.

H.H. Dalai Lama’s visit to Oslo has become a much-debated issue in Norway. After the announcement of the welcome celebration, we have received a broad positive response and therefore expect a high turnout.

More information on our stance towards the Norwegian government’s refusal to meet H.H. Dalai Lama. Feel free to quote these statements, by referencing to the Norwegian Peace Council:

The Norwegian government’s reluctance to meet H.H. Dalai Lama undoubtedly reflect politics based on practical ideas rather than moral principles and demonstrates a problematic inconsistency in the government’s foreign policy. Foreign minister Børge Brende has repeatedly pointed out that an official meeting with H.H. Dalai Lama will jeopardize Norwegian efforts to normalize the bilateral relationship with China. However, there are reasons to question the long-term negative consequences of an official high-level meeting.

It is a misguided approach the Norwegian government applies when it equalizes national corporate interests as the fundamental parameter for what our national interests are, invoking human rights as they see fit. Chinese economic sanctions against Norway in the wake of the Peace Prize to Liu Xiaobo are relatively small, seen in light of Norwegian economic capacity. Norwegian exports to China amount to approximately 2%, which is a small figure and a price the Norwegian economy easily can pay in its efforts to promote human rights and our self-proclaimed national strategic values as a peace nation.

The debate further accentuates the importance of re-evaluating the Norwegian Nobel Committee’s independence. In the wake of the Nobel peace prize to Liu Xiaobo in 2010, China has strategically chosen to regard the Committee to represent the views of the Norwegian government. This is misplaced. However, the parliamentary appointment of the Committee’s members and the increasingly politicized appointments to the Nobel Peace prize over the past years, show that there is an urgent need for a reassessment of the composition of the Committee. The Norwegian parliament should consider the appointment of a new committee that includes competent and independent researchers on international peace issues. This would ensure that future bestowments of the price are not equated with the Norwegian government’s political position.